A triangle is the most simple geometric shape.its the closed shape with least number of angles.
Suppose you have some problem, an objective to be achieved or an action to be taken, denoted by a dot.Draw a triangle around it.Simply look at the picture now.Logically you have covered the problem.That means somehow the problem doesnot have any contact with outer world.That is you have covered the problem by framing it.The corners of triangle are its reasons.You work on the reasons and you solve it.So a triangle is the simplest way to success.Draw vertices from the corners of triangle.The three vertices meet at the centre where we have the dot,our problem. It denotes that there are three basic reasons for a problem or an action to be performed. Going through the vertices we reach the problem in the centre where we have the solution.Significance of triangle is there since old times.Trinity,Hindu principles,Illuminati,body-mind-soul connection etc are represented in Triangle since old times.I have not tried to copy any of these connections since i came to know about all these connections in 2015 January only.I have been working on these idea since 1994.I believe my idea seem true to everybody because that is my whole intention.The topic i have been talking here is a topic still not defined well by experts since it cover areas of ever continuing research and still not well understood by common man.I am an amateur in this field.I hadnot studied any of these topics in school or University.My idea here came from the days since i first studied about triangle in school.Then with the help of imagination,intuition and little knowledge i have, it turned out like this.I welcome suggestions and critics because i wish to make this into error free idea.Because i believe lot of improvements are still needed in certain areas of this idea. 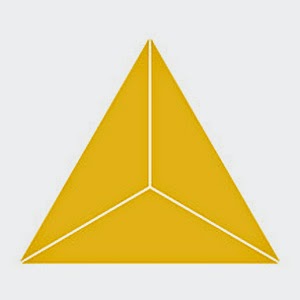 Posted by BASIL THANKACHAN at 11:31 AM No comments: