Post #8- Relation between 786,the sacred number and the sacred symbol "ohm".

There have been various speculations about the mystical or religious significance of 786 in Islam for centuries. There is a famous poem praising Allah, titled Bismillah al-Rahman al-Rahim, which has exactly 786 letters. Some have argued that 786 is the number of days in which Allah created the world or the number of days in which Muhammad conquered the pagans of Mecca.Muslims in the Indian subcontinent use 786 as an abbreviation for the phrase 'bism illāh ir-raḥmān ir-raḥīm', which means 'in the name of Allah, the  compassionate, the merciful'.It is said that if Bismillah al-Rahmaan al-Raheem is written  in Arabic/Urdu ,the sum of these letters adds upto 786,therefore people use 786 as a substitutet to name of Allah
All Arabic copies of the Koran have the mysterious figure 786 imprinted on them . No Arabic scholar has been able to determine the choice of this particular number as divine. It is an established fact that Muhammad was illiterate therefore it is obvious that he would not be able to differentiate numbers from letters.To be frank i  dont know about the literate ability of Muhammed.But scholars agree with this.

This "magical" number is none other than the Vedic holy letter "Ohm" written in Sanskrit. Anyone who knows Sanskrit can try reading the symbol for "ohm" backwards in the Arabic way and magically the numbers 786 will appear! There is a thinking that the number 786 is a misread number as it has connection with the Vedic symbol.An astonishing fact is that 8786 is an aggregation of the numbers of Hindu Lord Hari Krishna.
I believe all these things come along because it is written.Written by the almighty for the connection with number 3.Its a very interesting fact that all these things are connected and all these have different aspectsconnected together from numerology to symbology. 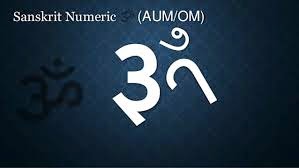 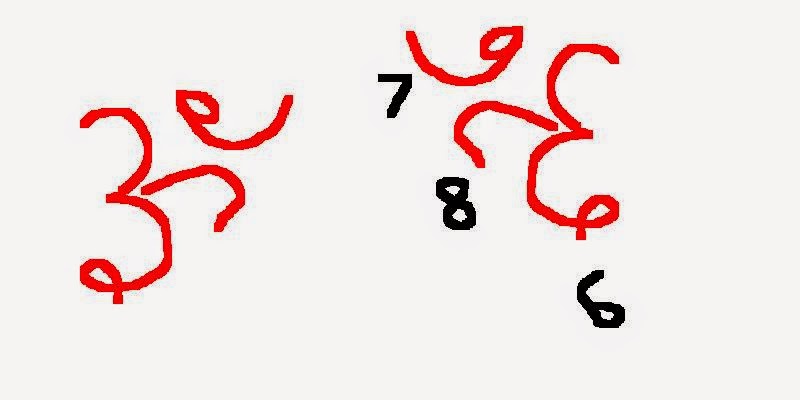 Posted by BASIL THANKACHAN at 8:54 PM No comments: